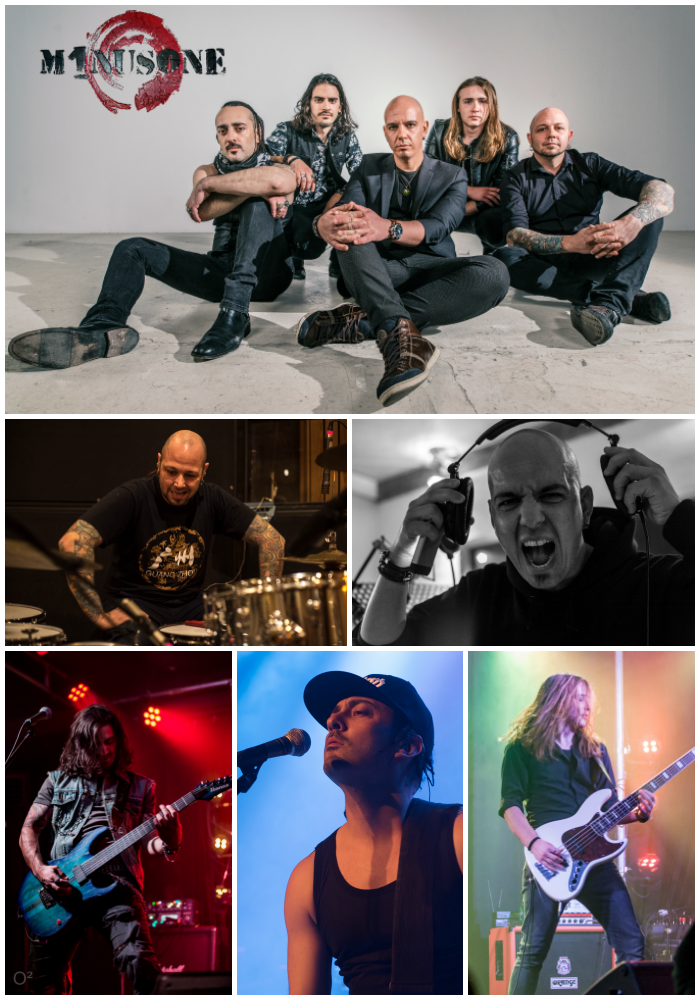 The band members are all professional musicians, with years of  experience.

The band was created to be a cover band with the name Gnostoi Agnostoi, but with the aim of making the covers different  than the originals, and possibly (without being presumptuous) better than the originals.  The formula was successful and the band, renamed Minus One after the departure of the first original singer Andreas Kapatais gained good notoriety in Cyprus. As all  artists though, Minus One wanted to write their own music, and this is why they created  an “Alter Ego” band called Marianne’s Wish. Born in 2010, Marianne’s Wish participated in 2012 in recording four songs in Tommy Lee’s Methods of Mayhem.

In the period 2013/2014, MW attended the International Competition Hard Rock Cafe, arriving first in Cyprus and eighth worldwide, out of a total of more than 10,000  bands. After the event MW was invited to participate in a US tour that saw it play in clubs like Whiskey A Go Go in Los Angeles, the Knitting Factory in Brooklyn NY, and in festivals such as the South by Southwest festival (Austin Texas). The band released two albums, Add to  wish list and Mind your head.

When in November 2014 Cyprus Broadcasting Corporation asked Minus One to participate to Eurovision, the band realized that the popularity of the name Minus One in Cyprus was higher than that of Marianne’s Wish, and decided to participate as Minus One and to continue to perform with this name.

In the same period, George Solonos, one of the founders of Marianne’s Wish and Minus One, decided to leave the band to pursue his solo career, and his role as guitarist was taken by Harrys Pari. Francois Micheletto left in 2017, and Andreas Kapatais came back. The members of the band are: Andreas Kapatais, frontman; Chris J, drummer; Constantinos Amerikanos, guitarist; Max-O-Matic, bassist; Harrys Pari, guitarist